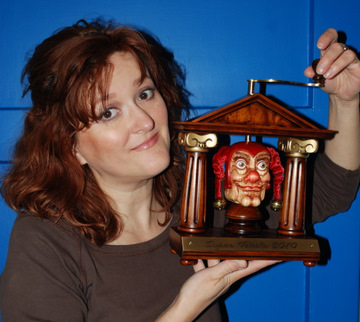 She carried out her effort to bring to life wooden marionettes and to breathe life into them together with her husband through the production of their own marionette theatre, with which since 2009they have made performances for children from 1 – 99 years of age :-))) . These performances are for all those who have not lost their children´s world – a world in which good wins over evil!

These are fairy tales with moral lessons which show us the tragic end of those who are full of themselves and lust for money ,. Not everything that is beautiful also has a good soul. And the contrary. Through the fairy tales, children lean true moral values. 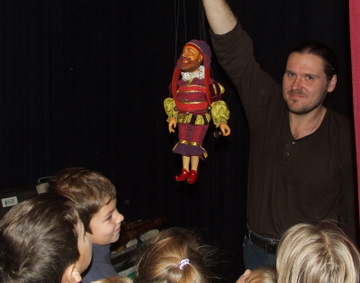 In 1987 completed studies at the Arts and Crafts Institute in Bratislava –specialisation artistic cabinet-maker.

Since that time he has dedicated himself to artistic and craft activities – especially to the restoration of antiques.

For a certain period of time he worked abroad, and at present he is engaged in the repair of contemporary furniture in Slovakia; in addition to this he produces sets for the family theatre.

Together with his wife and daughter he works in the theatre. 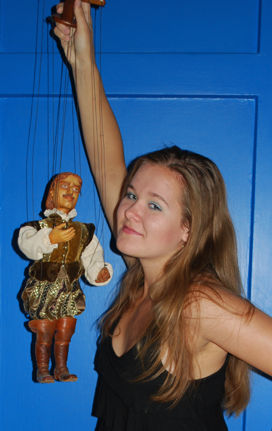 In 2010, our daughter Veronika also joined our activities. She is the best marionette “guide” of all of us :-)))